Dental implant treatments represent the most natural and aesthetically pleasing solution to tooth-loss concerns. Implants have become increasingly popular since the American Dental Association (ADA) endorsed them in 1986. Between 1986 and 1999, the number of implant procedures tripled. An ADA survey found that the average number of implants placed by a dentist who performs the procedure was 56 per year in 1999 compared with 18 in 1986. According to the survey, in 1999, 90% of oral surgeons, 68% of periodontists, 10% of prosthodontists and 8% of general dentists had performed implant procedures.

FEEL - Because dental implants are imbedded in the bone, they feel more like natural teeth than bridges or dentures.
CONVENIENCE - No need to worry about denture adhesives or having your dentures slip, click, or fall out when you speak.
NUTRITION - Able to chew better with dental implants. Chewing can be difficult with regular dentures, especially ones that don't fit perfectly. A regular upper denture also covers the palate, which can reduce a person’s sense of taste.
SELF-ESTEEM - Because dental implants are so much like your natural teeth, the person will think about them less. The person’s self-esteem and confidence will be improved because they will not have to worry about denture problems or people noticing that they have missing teeth. Regular dentures also can affect speech, which can make a person less self-confident when talking with others. 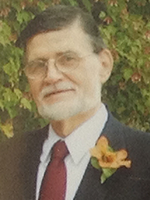 Ernst Siegmund was educated in Germany, attending dental college in Munich and apprenticing in the nearby town of Prien am Chiemsee. Here he learned the strong anatomical and technical skills that were to form the rest of his career. Emigrating to Canada, he settled in Winnipeg where he started managing one of the cities largest dental laboratories. Years later, he would found his own dental lab where he would continue to bring high quality European craftsmanship to the trade and train many of Western Canada's top dental technicians. Additionally, a skilled small aircraft pilot, Ernst used his passion for flying to bring quality dental work to many isolated communities.

His constant emphasis on education and improvement in the art of dental work resulted in many of the innovations in technique that would come to form the basis of the EAS System. Ernst developed a strong reputation as a consultant for complex and challenging dental implant cases, and dissatisfied with the tools available to him, set out to create a system of dental implant accessories that would resolve the many real day to day challenges being faced in dental labs everywhere.